There is evidence of a reversal in the previously declining national mastectomy rates, with the mastectomy rate reaching a nadir in 2005 and subsequently rising.Nov 07, 2012

Mastectomy rates declined until 2004, but have since increased in conjunction with immediate reconstruction and contralateral prophylactic mastectomy. May 23, 2012

The rate of mastectomy declined until 2005 and is now increasing across all age groups, especially for women<50 years and≥ 70 years.Jun 30, 2012 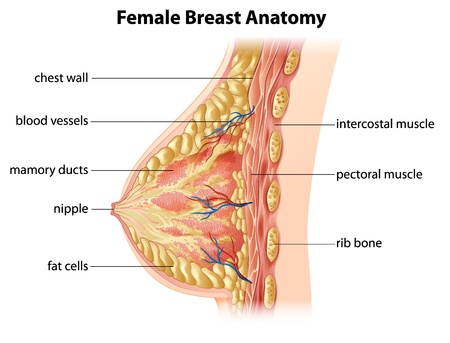 Yes, Breast Cancer Can (And Often Does) Spontaneously Regress: Confirmed by Case Reports and Meta-Analyses
Written by Sayer Ji, Founder
Millions equate a breast cancer diagnosis with a possible death sentence, doing anything from removing their breasts (and ovaries) with added radiation and chemotherapy treatments, when, in fact, the truth is much more forgiving.

Is Lymph Node Removal with Cancer Surgery Really Necessary?
Written by Ann Fonfa
Lymph node removal is a common practice in conventional breast cancer treatment. But is it medically necessary?
Oncologists Conceal Toxicity Issues and Bias
Written by Dr. Mark Sircus
Conventional cancer treatments aren't working for women with breast cancer. Women are falling into a cancer industry machine only to be spit out at the other end, permanently damaged and still with no reasonable assurance of long-term survival.

Millions Fall Prey To This Deadly Breast Cancer Myth
Written by Sayer Ji, Founder
Millions of asymptomatic women undergo breast screening annually because their doctors tell them to do so. Not only are these women's presumably healthy breasts being exposed to highly carcinogenic x-rays, but thousands have received a diagnosis of 'breast cancer' for entirely benign lesions that when left untreated would have caused no harm to them whatsoever.

30 Years of Breast Screening: 1.3 Million Wrongly Treated
Written by Sayer Ji, Founder
A disturbing new study published in the New England Journal of Medicine has brought mainstream attention to the fact that mammography screenings have caused millions of US women to suffer unnecessary surgeries and chemotherapy and radiation treatments over the past 30 years.

Pinkwashing Hell: Breast Removal as a Form of "Prevention"
Written by Sayer Ji, Founder
Following closely on the heels of the year's most intensive annual cause-marketing campaign, October's Breast Cancer Awareness Month, two chilling events of grave concern to women and their health were widely reported on in the mainstream media.

Preventing Cancer at the Molecular Level
Written by Charles K. Bens, Ph.D.
Charles Bens, PhD explores causes, risks, and prevention of cancer in this presentation from the Complimentary and Alternative Cancer Therapies Conference.

Mammography Is Harmful & Should Be Abandoned, Review Concludes
Written by Sayer Ji, Founder
Despite what millions still believe, mammography does not "save lives." To the contrary, it increases total mortality.

'Hidden Dangers' of Mammograms Every Woman Should Know About
Written by Sayer Ji, Founder
Millions of women undergo them annually, but few are even remotely aware of just how many dangers they are exposing themselves to in the name of prevention, not the least of which are misdiagnosis, overdiagnosis and the promotion of breast cancer itself.

Did Angelina Jolie Make A Mistake By Acting On The 'Breast Cancer Gene' Theory?
Written by Sayer Ji, Founder
Angelina Jolie’s recent announcement in a New York Times op-ed that she had a ‘prophylactic’ double mastectomy due to her BRCA1/BRCA2 status has disturbing implications, some of which we covered late last year in connection with Allyn Rose, the 24-year old Miss American contest who announced she would be undergoing a double mastectomy to "prevent" breast cancer.