Turmeric Beats Ibuprofen for Arthritis of the Knee

An exciting new clinical trial published in The Journal of Alternative and Complementary Medicine has revealed that an effective natural alternative to the exceedingly popular pharmaceutical painkiller ibuprofen exists for the treatment of knee osteoarthritis (OA), and it is a familiar kitchen spice known to be far superior both in safety and the number of side benefits it confers to any drug in the non-steroidal anti-inflammatory (NSAID) drug class.

Last year, in a Lancet review on the topic, ibuprofen was identified to be as toxic to the heart as the banned anti-inflammatory drug Vioxx, likely contributing to tens of thousands of deaths from cardiovascular disease each year. This is one of the reasons why evidence-based natural alternatives are extremely important, especially when they involve culinary spices that are already known to be safe, affordable, accessible and time-tested.

Titled, "Efficacy and Safety of Curcuma domestica Extracts in Patients with Knee Osteoarthritis,"[i] the multi-center trial was conducted with 109 patients with primary knee osteoarthritis who were randomized to receive either ibuprofen 800 mg day ibuprofen (55 patients) or 2,000 mg turmeric (Curcuma domestica) per day (52 patients), for 6 weeks.  The ibuprofen was divided into 2 doses of 400mg daily, and the turmeric into 4 doses of 500 mg daily.

The researchers measured pain on level walking, pain on stairs, and functions of knee assessed by time spent during 100-m walk and going up and down a flight of stairs, as the primary outcomes.

While the researchers acknowledged the limitations of their study – no double-blind protocol, the need for a higher dose in the placebo group, and the need for a larger patient sample size – they concluded that "C. domestica extracts seem to be efficacious and safe for the treatment of knee OA similarly to ibuprofen."

They also pointed out that while some patients in the ibuprofen group rated themselves as having little satisfaction or no satisfaction (10.9% and 2.2%, respectively), not a single patient in the turmeric group reported being unsatisfied.

Finally, they observed a distinct trend towards a greater effect in patients receiving turmeric an ibuprofen.

The form of turmeric used in the study was manufactured by the Thai Government Pharmaceutical Organization. Its preparation was described as follows:

"The preparations were made under the Good Manufacturing Procedures Standard.

The primary curcuminoid known to science is curcumin, and is the polyphenol in turmeric that gives the spice its radiant golden hue. Turmeric powder contains approximately 2-4% curcumin by weight. Curcumin has been studied to have over 600 health benefits. To view the first-hand research establishing its value, view our biomedical database on the topic: Curcumin Health Benefits. 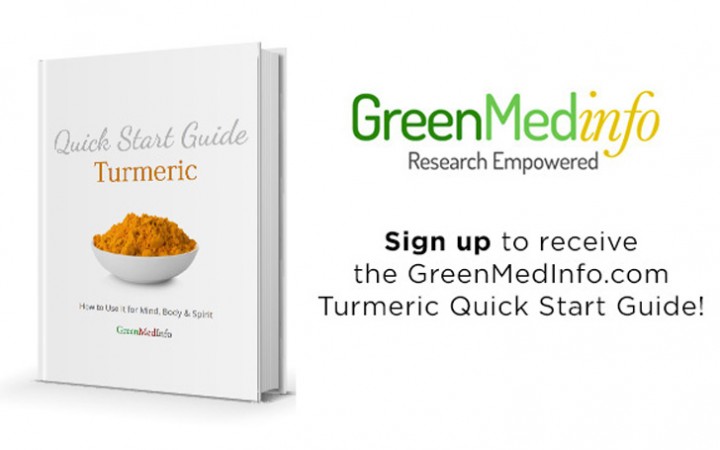 Sayer Ji is founder of Greenmedinfo.com, a reviewer at the International Journal of Human Nutrition and Functional Medicine, Co-founder and CEO of Systome Biomed, Vice Chairman of the Board of the National Health Federation, Steering Committee Member of the Global Non-GMO Foundation.

Lime Juice and 8 Other Natural Ways To Quit Smoking

The Manufacturing of Bone Diseases: The Story of...