Baduanjin Qigong was an efficacious and acceptable treatment for sleep disturbance in CFS-like illness.Dec 31, 2013

Chronic fatigue syndrome may be associated with silicone implants and/or vaccinations. Oct 01, 2008

Chronic fatigue syndrome may go into remission once leaky gut syndrome is addressed with diet and supplementation.Dec 01, 2007

Isometric yoga improves the fatigue and pain of patients with chronic fatigue syndrome who are resistant to conventional therapy: a randomized, controlled trial.Dec 31, 2013

L-ornithine has an antifatigue effect by increasing the efficiency of energy consumption and promoting the excretion of ammonia.Nov 01, 2008

Magnesium deficiency is common in patients with chronic fatigue syndrome and fibromyalgia. Dec 01, 1997

Melatonin exerts beneficial effects in MS patients based on its' proved antioxidative properties.Mar 31, 2016

These findings suggest that Waon therapy may be a useful and safe treatment for chronic fatigue syndrome.Dec 31, 2014

These results suggest that repeated thermal therapy may be a promising method for the treatment of chronic fatigue syndrome.May 31, 2007

These results suggest that repeated thermal therapy might be a promising method for the treatment of CFS.Mar 31, 2005

This study suggests that in some cases chronic fatigue and fibromyalgia can be temporally related to immunization, as part of ASIA syndrome.Nov 30, 2014

Fibromyalgia may respond well to the elimination of xenobiotics (environmental chemicals).Feb 01, 2007

Acupuncture and Rg3 can improve the immune system activity of animals with chronic fatigue.Dec 31, 2014

Lactobacillus acidophilus appears to have value in an animal model of chronic fatigue syndrome. Feb 01, 2012

The antioxidant properties of Nardostachys jatamansi alleviates of the symptoms of the chronic fatigue syndrome.Sep 13, 2009

The results are suggestive of potential protective effect of A. marmelos against experimentally induced chronic fatigue syndrome.Apr 30, 2012

The use of animal cells in the production of vaccines may cause infection by endogenous retroviruses associated with chronic fatigue and prostate cancer.May 01, 2010

A summary of published evidence of far-infrared saunas for treatment of cardiovascular risk factors.Jun 30, 2009

Aluminium-containing adjuvants in vaccines may be causing autoimmune conditions such as chronic fatigue syndrome and the inflammatory myopathy known as macrophagic myofasciitis. Feb 01, 2009

Deregulation of the immune system, influenced by specific agents such as infections, vaccinations, and silicone (breast implants), is implicated in chronic fatigue syndrome.Sep 01, 2009

Guided imagery as a treatment option for fatigue: a literature review.Nov 30, 2011

Presently, no population-based studies regarding the potential association between the Al in vaccines and the development of neurotoxicity have been conducted and we cannot draw firm conclusions about their safety.Jan 18, 2018

Probiotics have demonstrated a significant effect on modulating the anxiety and inflammatory processes in chronic fatigue syndrome patients.Jun 14, 2018

Sauna therapy and exercise act by raising the availability of tetrahydrobiopterin?Oct 01, 2009

The common immunogenic etiology of chronic fatigue syndrome: from infections to vaccines via adjuvants to the ASIA syndrome.Nov 30, 2011

There is evidence for the role of vaccinations in triggering the development of fibromyalgia and related syndromes.Oct 01, 2008

Vaccination with adjuvants may be responsible for a number of disorders. Feb 01, 2003

Antioxidant therapy could be useful in the treatment of Chronic fatigue syndrome.Dec 01, 2002 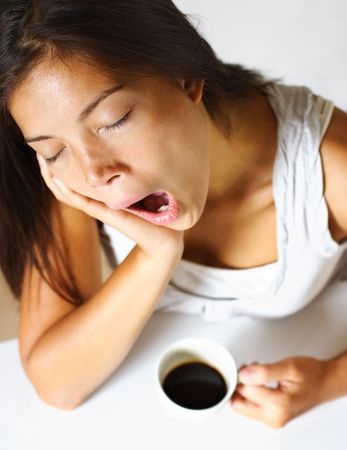 The Plandemic Video and Censorship: The Questionable Science on Both Sides of This Issue
Written by Dana Ullman, MPH, CCH
In the past couple of weeks, a 26-minute video, called "Plandemic," has seemingly become more viral than the pandemic itself

PLAGUE - A Story Embraced By The Chronic Fatigue Syndrome and Autism Communities
Written by Kent Heckenlively
For those interested in health, "Plague" is a book about a bold and courageous scientist search for the truth about human retroviruses, ME/CFS, autism and other diseases.

Healing from Vaccine Injuries through Homeopathy
Written by John P. Thomas
While there is much information on the dangers of vaccines, there is precious little on how to be healed from them.

Dr. Judy Mikovits Joins GreenMedInfo Advisory Board – Welcome to the Revolution!
Written by GMI Reporter
GreenMedInfo is honored to welcome Dr. Judy Mikovits to the team as she continues her search for absolute truth within the scientific community. As a true scientist, Dr. Mikovits believes it is her duty to seek truth at any cost, and we gladly stand by her side.

Millions Globally Could Be Suffering from Vaccine Induced Chronic Fatigue Syndrome Caused by Aluminum Poisoning
Written by Christina England, BA Hons
Every two years, for the past twenty years, a group of approximately 70 scientists have met at different locations around the world to discuss the effects that aluminum has had on living things.

PLAGUE: Brought to You with the BEST of Intentions!
Written by Kent Heckenlively
Is there a relationship between the burgeoning epidemic of chronic diseases and the vaccine trials that took place decades ago? Is there a hidden truth that could change the way we treat these diseases?

Health and Disease Begin in the Gut
Written by Dr. Rivkah Roth
Why is it important to recognize gastrointestinal inflammation? A look at the central role of the duodenum for our health.

The "Disappearance" of Polio
Written by Suzanne Humphries, MD
The polio story is a haunting one: long, complicated, and ugly. It's not a story you will have read or that the medical profession will be able to tell

Water, Energy, and the Perils of Dehydration
Written by Nicholas Gonzalez, MD
What if water, plain and simple, was the most critically lacking substance for energy and health promotion in the modern lifestyle?

EPISODE #59 – Human Retroviruses, Chronic Illness & Scientific Prejudice
Written by Sayer Ji, Founder
Could the connection between retroviruses and chronic fatigue syndrome, myalgic encephalomyelitis, or autism be the scientific story of the century?

Exercise Stops The Mitochondrial Aging Process In Its Tracks
Written by Sayer Ji, Founder
As we age, mitochondrial density (the number of mitochondria per cell), and mitochondrial quality (its genetic and structural integrity) decline. This is largely due to stress, environmental radiation and chemical exposures, prescribed drugs, nutritional deficiencies, imbalances and/or incompatibilities, and mitochondrial DNA defects inherited maternally, but is also a natural part of getting older.

PLAGUE: The Vaccine Lies Have Been Told From the Beginning
Written by Kent Heckenlively
Cover-ups and lies: Vaccine injury has been a serious problem since the very beginning.

PLAGUE – One Scientist’s Intrepid Search for the Truth about Human Retroviruses
Written by GMI Reporter
Plague reveals information that will enlighten, challenge, and lead to answers for the millions who suffer from these chronic diseases.

Vaccines' Dark Inferno: What Is Not on Insert Labels?
Written by Gary Null, PhD and Richard Gale
Do you know what's in a vaccine? Will the active, inert and hidden ingredients in a vaccine make you question if you want vaccines in your body?

Lethal Viruses Contaminating the US Blood Supply?
Written by Kent Heckenlively
Retroviruses hide out in the immune system, which means any immune activation could set off the ticking time-bomb of a retrovirus and cause diseases like chronic fatigue syndrome among adults, and autism among children. Are they lurking in the US blood supply?

PLAGUE – Just Like Jurassic World, but with Hybrid Viruses Instead of Dinosaurs
Written by Kent Heckenlively
Jurassic World focuses on a lab-created, hybrid dinosaur, the Indominous Rex, causing destruction at an amusement park. Comparatively, research shows that the XMRV virus may be wreaking havoc on the human body as a result of mouse cells in vaccines.

Is Coronavirus Contagious?
Written by Sally Fallon Morell
From face masks to social distancing, from antivirals to vaccines, these measures are predicated on the assumption that tiny viruses can cause serious illness, but is coronavirus contagious?

Using Essential Oils to Heal the Gut
Written by Dr. Eric L. Zielinski
Not only can essential oils heal your gut, but they also play a role in maintaining gut health!