The oral polio vaccine is unlikely to be able to eradicate polio from India. Apr 16, 2008

The efficacy of simulated solar disinfection (SODIS) against coxsackievirus, poliovirus and hepatitis A virus.Nov 30, 2012

"Chemical synthesis of poliovirus cDNA: generation of infectious virus in the absence of natural template."Aug 09, 2002

Baccharis dracunculifolia and its derivative south-eastern Brazillian propolis may have antiviral activity against poliovirus type 1. Nov 01, 2009

Children were sprayed with DDT as part of polio eradication programs.Oct 01, 1995

Compounds from prickly pear have virucidal activity against enveloped viruses.Sep 11, 2010

Green tea polyphenols could be a novel approach to the prevention of viral infections.Oct 21, 2015

It is possible to synthesize an infectious agent by in vitro chemical-biochemical means solely by following instructions from a written sequence.Aug 09, 2002 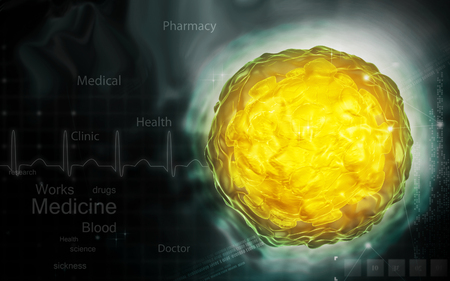 8 More Reasons I Haven’t Vaccinated My Daughter
Written by James Maskell
For those paying attention, there are serious concerns to our current vaccination schedule in America. In a previous post I gave 8 of those that I felt were important enough for me to not vaccinate my daughter. In this article we look at 8 more reasons. Do any of these resonate with you?

Roald Dahl and the Measles Factory
Written by Keith Bell
Viruses like sugar. They bind to sugar. But it's not a simple matter of dietary sugar. This article explores susceptibility to injury, including lethality, by measles and vaccination. It may come down to sugar.

The Brothers Grim: Bill and Mike's Pandemic Panopticon
Written by Alison McDowell
Covid-19 isn't simply a virus to be dealt with so we can move on with our lives. The response to this event is meant to instill fear and an acceptance of indefinite authoritarian measures

Polio Vaccines Now The #1 Cause of Polio Paralysis
Written by Sayer Ji, Founder
While the Polio Global Eradication Initiative (PGEI), founded in 1988, declares itself successful in nearly eradicating wild-type polio in nations like India, vaccine-induced polio paralysis cases far outnumber those the vaccines were intended to prevent. It is believed that vaccines produce at least 300% more cases of polio than those existing in the wild, indicating that a natural problem has been transformed into a manmade one.

491,000 Children Paralyzed Over 17 Years, Indian Polio Vaccine Program Study Suggests
Written by Jefferey Jaxen
The WHO declared India "polio free" in May 2014, so why are close to half a million young Indians experiencing polio-like paralysis?

Nonvaccinated Are Blamed for Spreading Vaccine-Created Polio
Written by Heidi Stevenson
In the march to vaccinate everyone everywhere for everything, reason and logic are thrown out and insanity prevails. The polio vaccine causes mutant polio, so authorities place the blame in the unvaccinated.

The Media Uses These Powerful Tricks to Condition You to Accept Vaccines
Written by Jeffry Aufderheide, founder VacTruth.com
The point of this article is to highlight the techniques used by the media, especially using doctors and celebrities to push the pharmaceutical agenda. This tactic certainly can be seen front and center, as there is currently a massive push in the media to deny any link between vaccines and autism.

How Technology Has Made Global Polio Eradication Impossible
Written by Sayer Ji, Founder
Biotechnology itself has transformed polio into a far greater threat to human health than it ever was before we tried to eradicate it with vaccines.

The "Disappearance" of Polio
Written by Suzanne Humphries, MD
The polio story is a haunting one: long, complicated, and ugly. It's not a story you will have read or that the medical profession will be able to tell

Smoke, Mirrors, and the 'Disappearance' of Polio
Written by Suzanne Humphries, MD
Unbeknownst to most doctors, the polio-vaccine history involves a massive public health service makeover during an era when a live, deadly strain of poliovirus infected the Salk polio vaccines, and paralyzed hundreds of children and their contacts. These were the vaccines that were supposedly responsible for the decline in polio from 1955 to 1961! But there is a more sinister reason for the “decline” in polio during those years; in 1955, a very creative re-definition of poliovirus infections wa

WaPo Says Anti-Vaxxers are Dangerous Should be Arrested
Written by Dr. Jeffrey Dach, MD
Pro Vaccine Industry Propaganda has reached a new extreme which threatens to label the unvaccinated as criminals to be arrested and sent to prison

What do Sugar, Trans Fat, and Vaccines Have in Common?
Written by Zoey O'Toole
Far too many are still swooned by false promises from people with initials like "Dr." and "CEO" in front of their names.

India's Polio-Free Status a Cruel Joke
Written by Jagannath Chatterjee
The definition of polio has been changed repeatedly since the programme was launched, thus automatically leading to a drastic fall in the number of cases

The Truly Dire Dependence upon Health Authority
Written by Dr. Michael Givens
What can Waldorf School Communities Do in the Face of Vaccine Mandates?

"White Fragility," Vaccines, and Waldorf Education
Written by Dr. Michael Givens
The task presented by the book "White Fragility: Why It's So Hard for White People to Talk About Racism" by Robin DiAngelo is a fundamentally spiritual task: to know myself

Vaccine McCarthyism: Did 2014 Mark the Collapse of the Vaccine Establishment
Written by Gary Null, PhD and Richard Gale
What if vaccines have never been soundly confirmed to be safe and effective? What if the CDC, vaccine manufacturers and advocates knew of these discrepancies and contradictions, yet intentionally ignored them against the public interests?

PLAGUE: The Vaccine Lies Have Been Told From the Beginning
Written by Kent Heckenlively
Cover-ups and lies: Vaccine injury has been a serious problem since the very beginning.

Roll Up Your Sleeves Folks: 271 New Vaccines in Big Pharma’s Pipeline
Written by Gary Kohls
As of 2013, Big Pharma has had plans for the development of 271 new vaccines covering an array of diseases. Into Whose Bodies Will They be Injected?