30 children on autistic spectrum were divided into 2 groups one with Kata technique exercises, the other without. The Kata group showed significant decrease in stereotypy.Jun 30, 2012

Curcumin is a promising agent for neuropsychiatric disorders.Feb 28, 2017

This highlights recent advances in the understanding of probiotic modulation of neurological and neuropsychiatric disorders via the gut-brain axis.Feb 28, 2018 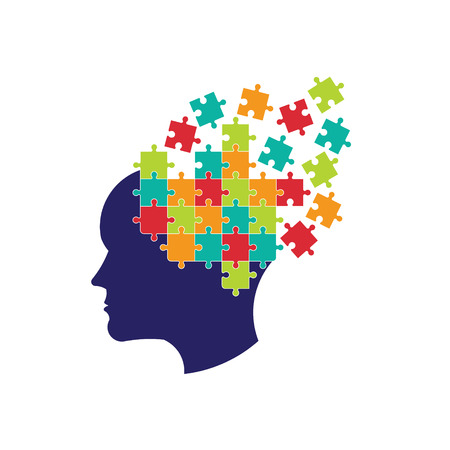 Vaccine Justice: Boycott These Big Name Stores This Holiday Season
Written by Sabha Abour
Our vaccine-injured children are in pain and suffering profoundly. Taking action with our dollar may be the only way to help them.

First They Came for the Anti-Vaxxers
Written by Bretigne Shaffer
10 ways the pro-vaxxers shut down reasonable debate on vaccines.

Vaccine McCarthyism: Did 2014 Mark the Collapse of the Vaccine Establishment
Written by Gary Null, PhD and Richard Gale
What if vaccines have never been soundly confirmed to be safe and effective? What if the CDC, vaccine manufacturers and advocates knew of these discrepancies and contradictions, yet intentionally ignored them against the public interests?

Vaccine Chernobyl: The $61 Million Dollar Injury Award
Written by Kent Heckenlively
Cancer deaths from Chernobyl have been grossly underreported. Have we finally reached the "Chernobyl" moment with vaccines and vaccine injuries?

New Study Confirms That Mercury Is Linked to Autism
Written by Robert F. Kennedy, Jr.
Two new studies by international teams, including Egyptian scientists, have validated the link between autism and mercury.

Why I Kicked My Keurig to the Curb
Written by Erin Chamerlik, MS, MT(ASCP)
What I discovered in my own Keurig was shocking and sickening and why I am kicking my Keurig to the curb

PLAGUE - A Story Embraced By The Chronic Fatigue Syndrome and Autism Communities
Written by Kent Heckenlively
For those interested in health, "Plague" is a book about a bold and courageous scientist search for the truth about human retroviruses, ME/CFS, autism and other diseases.

New Vaccine Whistleblower Film Premieres To Standing Ovation
Written by GMI Reporter
The Premiere of “Man Made Epidemic” on Saturday 25th of June in London was a huge success.

Vaccine Injury: The Biological Plausibility of Microbial Predisposition
Written by Keith Bell
The CDC stated a lack of biological plausibility for a 2.4x increased risk of autism in African American boys given the MMR vaccine, but there's plenty. How vaccines affect the infant microbiome is unknown.

Age of Autism Weekly Wrap: A Torrent of Leaks Reaches Flood Stage
Written by Dan Olmsted
What data regarding autism did the CDC cover up about the MMR shots given to black males in Atlanta younger than 36 months?

44 Reasons Cell Phones Can Cause Cancer
Written by Lloyd Burrell
Is there a connection between cell phones and cancer? Here are 44 reasons to believe that cell phones can cause cancer

Autism: No Evidence. None. Zero. Absolutely Nothing. Oh, wait …
Written by Dan Olmsted
The study that found a link between MMR and Autism is just one more piece of evidence that points to a pattern and practice of deceit, delay and denial.

AutismOne Joins With Focus Autism For AutismOne/Focus Autism 2015 Conference
Written by GMI Reporter
AutismOne, Focus Autism and a diverse group of speakers will present important, up-to-date research and information on autism through innovative sessions "fighting the good fight to keep you and your family healthy."

Buh-bye, Obamacare! Hello, Health Care Sharing
Written by Louise Habakus
The Affordable Care Act doesn't work for everyone. Here's how to opt out of Obamacare and enroll an alternative solution.

Roald Dahl and the Measles Factory
Written by Keith Bell
Viruses like sugar. They bind to sugar. But it's not a simple matter of dietary sugar. This article explores susceptibility to injury, including lethality, by measles and vaccination. It may come down to sugar.

The GAPS Diet & Histamine Intolerance
Written by Melanie Christner, CNP
Do you have histamine intolerance symptoms? The GAPS Protocol may be the detoxification, supplement and lifestyle program and diet you may need.

The Fox Guarding The Henhouse - The CDC & Vaccine Safety
Written by Jamie Deckoff-Jones, MD
The recent CDC whistleblower scandal has revealed more than just falsified and fraudulent manipulation of data covering up the vaccine and autism connection.