Cardiac mortality is associated with low levels of omega-3 and omega-6 fatty acids in the heart of cadavers with a history of coronary heart disease.Oct 01, 2009

A combination of omega-3 and omega-6 fatty acids as well as magnesium and zinc consumption on attentional, behavioural, and emotional problems of children and adolescents.Jan 01, 2010

A high dihomo-gamma-linoleic acid/arachidonic acid ratio and high DGLA levels, but not AA levels, are associated with a better prognosis in patients with acute cardiovascular disease.Aug 14, 2017

High intake of PUFA can decrease the risk of breast cancer, while the low omega-3/omega-6 ratio increases the risk.Dec 31, 2019

Imbalance between omega-6 and omega-3 polyunsaturated fatty acids in early pregnancy is predictive of postpartum depression.Apr 17, 2019

This review describes the differential effects of n-3 and n-6 fatty acids on the immune system, the use of both PUFAs in autoimmunity, and emphasizes the need for a revision to the view that all n-6 fatty acids are pro-inflammatory.Mar 31, 2003 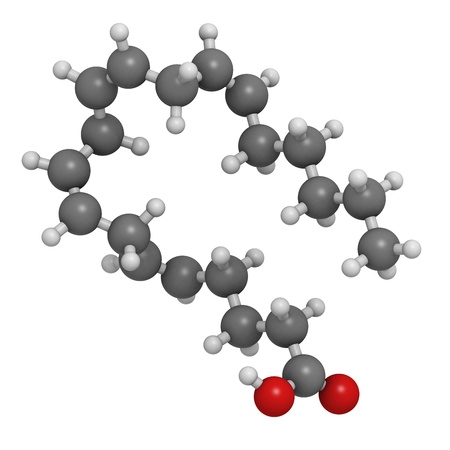 6 Reasons Impossible Burger's CEO is Wrong About GMO Soy
Written by Organic Consumers Association
The manufacturers of the controversial veggie burger just announced that in the future, due to "high demand" for the product, its plant-based patties will be made using GMO soy

Seven Herbs and Supplements for Heart Failure
Written by GreenMedInfo Research Group
Heart failure is a disorder affecting millions of people in the U.S., and it may be preventable by making heart-healthy dietary and lifestyle choices. Read on to learn about seven powerful herbs and supplements to strengthen a failing heart

Five Seeds to Improve Your Health
Written by GreenMedInfo Research Group
There is nothing seedy about the health-enriching properties of five types of seed: flax, black seed, hemp, sesame and chia. Each of them has their own distinct time-tested benefits for wellness and fighting off diseases the natural and affordable way

What If The Low-Fat Craze Was Based On Flawed Thinking?
Written by Vic Shayne, Ph.D.
Several decades ago the modern world went crazy with its dietary habits. People were told to stop eating fats because they led to weight gain and heart disease. The government was behind this advice as well as the American Heart Association, hospitals, manufacturers of cholesterol-lowering drugs, food manufacturers, dairies and doctors.

Top Five Healthiest Holiday Foods
Written by GreenMedInfo Research Group
You don't have to sabotage your health when you indulge in festive treats -- just focus on picks from this short-list of healthy (and delicious) holiday eats!

Mangiferin: The Health-Boosting Antioxidant in Mangos
Written by GreenMedInfo Research Group
Mangiferin, a polyphenol found in mango fruit and plant extracts, possesses potent antioxidant and anti-inflammatory properties. Mangiferin has been shown to have beneficial effects on gastrointestinal health, Type 2 diabetes and cardiovascular health, and may have anticancer properties

What is Candida?
Written by Pat Robinson
Candida (Yeast) is a late sign of impaired gut health. Candida is associated with craving simple carbs (white foods--pasta, bread, rice, and all sugars) which feed the yeast. Candida develops for many reasons. Basically, it is a 'helper' attempting to create balance in the gut, generally due to antibiotics, preservatives, heavy metal toxins and sterile foods. We can make candida obsolete and unnecessary by rebalancing gut microbials.